What is Vinyasa Yoga?

Since we’re offering Vinyasa yoga classes I think it’s important you should know what vinyasa yoga is. Knowing that there are many styles of yoga today, it can be hard to understand the differences and know what type you’re actually attending. People often say “yoga is nothing for me”, or “I love to do yoga”. Okay great! But what is it that you love? Is it the meditation and breathing technique, or the sweating after a dynamic ashtanga yoga class?

I will never forget the very first yoga class I ever attended. I must say, I was disappointed. I did not have any idea what to expect, and I assumed we’re going to have a new kind of aerobics class.  Prepared to sweat, to move, to dance, to jump, I arrived and we started with some breathing techniques. I think you can imagine that at the age of 16, with too much energy and no clue of my state of conscience, my expectations of the new aerobics class weren’t quite fulfilled. Because of my expectation of a “work-out”, I was not such a fan of yoga immediately. So I didn’t attend any yoga class until some years later when I was starting to understand the practice of yoga and gave it another chance. Together with another state of mind and being more informed, it caught me well the second time and became an entire passion and lifestyle

It’s a kind of a mindful dance

Learning from my own experience, I think it’s important you should know what to expect when attending a yoga class. Of course, every teacher has its own way of teaching and style of yoga, but generally speaking, we can say that vinyasa yoga is a way moving the body fluidly in synchronization with the breath. It’s based on hatha yoga, which is often seen as the “mother” of vinyasa yoga. The static postures of hatha yoga are put in a fluid transition while breathing rhythmically. You can even say it is a kind of a mindful dance. Vinyasa yoga is a  dynamic meditation, where you often sweat in order to eliminate toxins from the body. At the same time, it’s not just jumping in and out of postures while listening to music, no, the idea is to be fully conscious of your breathing and very often there is no music involved so you can be fully concentrated within yourself. The class usually starts with a mindful moment, which can be done by meditating or doing breathing exercises. Usually, the teacher adds an intention or theme to the class, which is consistently repeated during the entire practice. The class ends with a final relaxation, called “savasana”. By laying down in corpse pose you give your body the opportunity to digest all the movements and integrate the postures. It’s a restorative posture which is very important and should not be skipped.

Why would you practice vinyasa yoga?

Now, why do we do vinyasa yoga? You might hear people say they’re practicing yoga to work on their abs. That would be a nice side-effect of yoga, but that’s not the original purpose (even though it might be your intention, and that’s completely fine). The actual purpose of yoga is getting closer to a peaceful state of mind. You go in and out of postures to calm the “monkey-mind”. While you are thinking about how to place your hand and breath into it, you stop thinking about all the things you still have to do after class or what just happened before. The idea is to become more present and create more body awareness. If you feel happy and calm on the interior, you will eventually radiate that energy and have a happier life. Yoga creates happiness.

Apart from all the mental benefits which come with this, such as a calmer the mind, less stress, more concentration and connection of the soul with the body, there are so many physical benefits you can get from it. I think the physical benefits of yoga have been studied and widely spread, so I’m not going to sum them all up, but I do want to mention the most important benefits according to me, which are: a better blood and energy circulation, better breathing and creation of strong lungs, enhancement of the flexibility (flexible body creates a flexible mind), better balance, pain reliever, protection of the spine and the reinforcement of the muscles

It’s difficult to know exactly where and when yoga was “born”, since the ancient cultures were more of an oral tradition. Everybody had his own way of interpreting and explaining the history of yoga. But what we do know, is that the word yoga derives from the Sanskrit word “Yog” which means “union”: union of the mind, body, and soul, as well as the union of the human and the universe, union of the human with the divine, you can have your own interpretation for this. “Vinyasa” can be translated literally as “to put in a way”.

What it means to me

For me personally, yoga gives me pain relief when I have a tight back from sitting behind my computer for too long. Doing some postures or just a Sun Salutation creates space in my body where there was a compression for too long. It also soothes my mind when I’m stressed or overthinking. I step onto my mat for a moment, which can be from 5 to 70 minutes, and the world dissolves for an instant. I love following group classes because then I can be fully present and only think about what the teacher is telling. Especially when it’s a dynamic class where there are moments we all “suffer” together in a pose, I feel very connected with the people around me. That’s also for me a moment of “union” of “Yog”. It makes the final relaxation even better.

What I like the most about teaching a vinyasa yoga class is to see the faces of students with their “after-yoga-bliss-eyes”, after a vigorous yoga class and a long relaxation moment.

A Deep Dive Into Understanding Ayurvedic Spa & Its Practices

Practice Yoga to Nourish Your Body & Your Soul 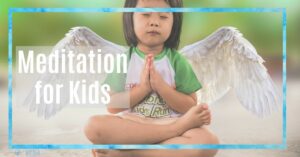