The History of Yoga – Where Did Yoga Come From?

No one knows exactly how old yoga is. It originated as long as 10,000 to 5000 years ago. It was passed down orally and has gone through much evolution. The earliest reference to Yoga was found when archeological excavations were made in the Indus valley – an amazing powerful and influential civilization in the early antique period. This sophisticated culture developed around the Indus river and the long gone Sarasvati river in northern India, on the border towards Pakistan and had sewage systems, baths as early as 2,600 BC.

While many religions continue to want to make yoga their own creation, it belongs to all of us. It has many facets that can be found in the Hindu and Buddhist faith, but the basic principals are universal and based on “the eight limbs of yoga”, which can be found in all religions.

The History of Yoga is defined as four periods:

Yoga is said to be as old as civilization itself but the oral transmission of the practice, has left several gaps in its history. Earliest archeological evidence relating to yoga’s existence is found in Mohenjodaro seals excavated from the Indus valley, depicting a figure seated in a traditional yoga pose. The stone seals place Yoga’s existence around 3000 B.C.

The next reference to yoga is found in the Rig Veda, the oldest sacred text in the world. The Vedas, dating back to 1500 and 1200 BC, are a collection of hymns, mantras and brahmanical rituals that praised a greater being. Yoga is referred to in the book as yoking or discipline without any mention of a practice or a method to achieve this discipline. The Atharva Veda too mentions yoga with a reference to controlling the breath.

The creation of the Upanishads, between 800 to 500 BC, marks the period called Pre-Classical Yoga. The word Upanishad means to sit near and implies that the only way a student could learn the truths inscribed in the texts was by sitting close to a guru.

Two yoga disciplines gained prominence at this time: karma yoga (path of action or ritual) and jnana yoga (path of knowledge or study of the scriptures). Both paths led to liberation or enlightenment. The Bhagavad-Gita, composed around 500 BC later added the bhakti yoga (the path of devotion) to this path.

It was at the time of the Upanishads that the idea of ritual sacrifice was internalized and became the idea of sacrifice of the ego through self-knowledge, action and wisdom. This remains an important part of yoga’s philosophy today. As with the Vedas, the Upanishads contained nothing of what we would term as yoga asana practice today. The first and probably most important presentation of yoga came in the next period.

Written some time in the second century, Patanjali’s Yoga Sutras created a milestone in the history of yoga, defining what is now known as the Classical Period. This set of 195 sutras (aphorisms) is considered to be the first systematic presentation of yoga, and Patanjali is revered as the father of yoga.

Patanjali defined the eight-limbed path of yoga (ashtanga yoga), which described a practical treatise on living and laid out a path for attaining harmony of the mind, body and soul. Strict adherence to which would lead one to enlightenment. The sutras still serve as a guideline for living in the world, although modern yoga no longer sees the need to master the eight limbs in succession.

It was in this period that the belief of the body as a temple was rekindled and yogis designed a practice to rejuvenate the body and to prolong life. It was no longer necessary to escape from reality; instead the focus was more living in the moment and on the correct path. The exploration of the spiritual and the physical halves and the need to harmonize the mind, body and spirit led to the creation of Tantra yoga, to cleanse the body and mind, and to Hatha yoga in the ninth or tenth century.

Yoga in its present avatar owes a lot to learned gurus who traveled west to spread the benefits of yoga, or researched and created different schools of yoga. In 1893 Swami Vivekanada addressed the Parliament of World Religions in Chicago and spoke about Raja yoga. Swami Sivanada wrote several books on yoga and philosophy and introduced the five principles of yoga. J.Krishnamurti, the prolific Indian philosopher, influenced thousands with his writings and teachings on Jnana yoga.

The defining epicenter of modern day yoga, as practiced in the west, began with Krishnamacharya, Mysore India in 1931.

T Krishnamacharya opened the first Hatha yoga school in the 1920s. Three of Krishnamacharya’s most famous pupils were-Pattabhi Jois, who developed the school of Ashtanga vinyasa yoga, Indra Devi who introduced yoga to Hollywood, and B.K.S. Iyengar, who created Iyengar yoga known for its attention to body alignment and for its use of props.

Since then, many more yoga gurus have become pioneers, popularizing yoga and finding new styles in keeping with the changing times. Today there are limitless styles of yoga, all based on ingredients from the different paths of yoga (see: The Paths of Yoga).

Yoga in America has been more focused on the Asana side of the practice, but a true yogi knows there is much more to the experience. I always advise students to try different styles and you will find one that gives you the most enrichment.

David Yglesias RYT is yoga teacher and made this page for his personal study on the subject and to share with his students. This page is made up of the work of many, so if you have information to add, please email me: david@yogadoral.com
http://www.yogadoral.com.

Thanks for the many people that helped put this history together. 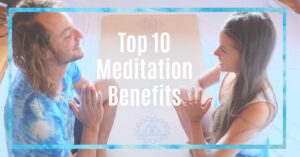 The Yoga Alphabet: by Bari Koral