Everything you need to know about Ayurveda

Originating in India about a thousand years ago as a medicine developed with the purpose of healing, Ayurveda’s goal is to improve the health of people facing problems with it by providing a proper standard of living and food. It also ensures that those who are already healthy remain healthy. It is a legitimate system which means that the proposals it puts forward regarding food and the way of life varies for every individual in maintaining their health. All the content of Ayurveda is certified by surveillance, investigation, information and also by inspecting directly from the early texts compiled from books of knowledge called the Vedas.

Some interesting facts to study:

It believes that there is a good relationship between the body and mind which is the reason behind the availability of a lot of information about this association. It also stresses importance on Tridoshas. These can be defined as active forces entrusted with the responsibility of playing a major role in both humans and nature. Ayurveda is also known for being the Science of Life.

The meaning of Ayurveda is a fascinating but deep. It consists of two Sanskrit words i.e. Ayu which denotes life and Veda which symbolizes the knowledge of. In order to understand Ayurveda, you need to understand life first. It states that we live in our souls before being present physically with the assistance of the mind and senses.

The rules of Ayurveda state that every individual is composed of five chief rudiments. They include fire, water, air, earth and ether. Their attendance in the surroundings has a crucial impact on us. E.g. the climate.

There are three things you need to know when studying Ayurveda. Those are the elements of the Tridoshas: Vata dosha (body movement), pitta dosha (body metabolism) and kapha dosha (body composition). Ayurveda will work in recommending a certain lifestyle and nutritional advice to a person with the aim of decreasing the dosha which is greater in amount. This will occur only when any of the doshas are gathered.

Ayurveda is a concept which emphasizes the fact that every individual is different. Due to this, it treats health matters in a variety of ways and also tells us the reason behind why people react differently from one another. So in order to know about the philosophy of life, it is suggested that you take the study of Ayurveda seriously.

Ayurvedic science is the science of medicine and if you want to explore this subject get Ayurveda Training. Visit the official website of Kerala Ayurveda Academy and get all the information required to get started.

A Deep Dive Into Understanding Ayurvedic Spa & Its Practices

Yoga For Digestion | Yoga for When You Overeat! | Yoga With Adriene 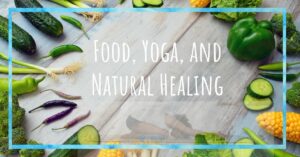 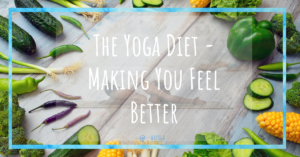